On the evening of Friday December 4th, 2015, The Sled Hockey Foundation (SHF) held its first annual fundraising gala at Salvatore’s Italian Gardens restaurant. It was a spectacular evening with nearly 150 people in attendance, including many current and former athletes who have played disabled ice hockey. Among them was Adam Page, the two-time Para-Olympian gold medalist, and co-founder of The SHF, along with his father, Norm, and his teammate Paul Schaus, from the gold medal winning USA sled hockey team in Sochi, Russia.

This special night started with a cocktail reception that allowed guests to socialize as they considered the items offered in the silent auction, in addition to browsing the many gift bags on display for the Chinese Auction – both of these fundraising efforts generated tremendous generosity from those participating. Photography was provided by Carlson’s Studio ensuring photographic coverage of the evening’s events, as well as offering portraits of those interested in capturing their evening.

The delicious dinner was served and the dining room came alive with table conversations and the on-going serenade from Nick Battistella singing from the Frank Sinatra songbook all evening.

The program followed with Steve Wischmann, a retired Coast Guard Captain and current leadership and professional development consultant, and SHF board member, serving as Master of Ceremonies. Steve provided remarks highlighting the tremendous courage and heroism represented by the athletes, and their families and friends, in pursuing sled hockey and the opportunity to compete. He noted that The SHF’s work was to grow sled hockey programs and teams so that an ever-increasing number of disabled athletes could take to the ice. His theme on the power of everyday heroes strongly resonated with the many military veterans, sled hockey athletes, and their families and friends in attendance.

Norm Page then awarded Tom Waring with the first-ever SHF Inspiration Award for his tireless passion to support sled hockey and the development of The SHF. Norm spoke of Tom’s early commitment to assisting him and Adam in their dream of establishing a foundation that would provide resources for disabled athletes to have the opportunities to pursue sled hockey. Tom, and his wife Sarah, helped galvanize the effort to form The SHF and inspired many others to get involved.

Recognition of selected sled athletes followed with the first-ever presentation of The Sled Hockey Foundation’s Exceptional Athlete Award to Matt Murray. In his 22 years, Matt has played hockey for 13 of them, overcoming the challenges posed by Duchenne Muscular Dystrophy, and earning USA Hockey’s 2015 Disabled Athlete of the Year. Matt has moved into support and management roles for teams and currently manages a senior sled hockey team. He also assisted the International Paralympic Committee (IPC) with their digital media efforts during the 2015 Ice Sled Hockey World Championship held in Buffalo in April.

Paul Schaus, a member of the USA Men’s National Sled Hockey Team who won theGold Medal at the 2014 Paralympic Games in Sochi, Russia was celebrated for his accomplishments. He grew up in the Buffalo area and enlisted in the Marine Corps following High School. While serving in Afghanistan in 2009, Paul suffered injuries from an improvised explosive device that led to the loss of his legs. He was awarded the Purple Heart for his injuries. Paul was introduced to the USA Warriors Ice Hockey Program while undergoing rehabilitation at Walter Reed National Military Medical Center in Washington, DC. He played with the Warriors in 2010 to 2012 and then earned his way on to the National Team and Paralympic glory.

Adam Page rounded out the evening’s program with thoughtful remarks on his growth in the sport of sled hockey and gratitude for the opportunity to play at the highest levels. Adam, a two-time Men’s USA National Sled Hockey Team member and Paralympic Gold Medalist in Vancouver, Canada and Sochi, is also the co-founder of The Sled Hockey Foundation and member of the board of directors. He holds the U.S. record for producing the most points (11) in a single World Championship tournament (5 games) which he set in Buffalo at last April’s IPC championship. During this same tournament, Adam also set the USA Sled Hockey record for scoring the most career points (19) during World Championship competition. He will graduate from Medaille College this year with a degree in Sports Management.

Steve closed out the evening’s program acknowledging the tremendous work done by Norm and Sandy Page in producing the Gala. He added acknowledgment of Norm’s tremendous contribution to the sport of sled hockey regionally and nationally as USA Hockey’s Sled Hockey Representative. Steve noted that Norm, his family, and everyone in attendance, were indeed everyday heroes who are changing lives by growing opportunity for disabled athletes through the great sport of hockey.

At the end of the formal program, Mr. Scott Bieler, CEO of West Herr Automotive Group, asked if he could make a few remarks. He informed the audience that he and his companion, Ms. Kathy Lasher, were so moved by the evening’s events, and the mission of The SHF, that he and she were making a $20,000 donation to support the work of the Foundation. Scott added that they would look forward to seeing expanded sled hockey opportunities for disabled athletes throughout the region. The 2015 SHF Gala wound down to the sounds of dance music provided by CJ Sound while the guests mingled and collected their auction items. The room was filled with festive appreciation for the athletes and efforts of The SHF. Talk began of looking to 2016, the important work the Foundation, and next year’s gala. 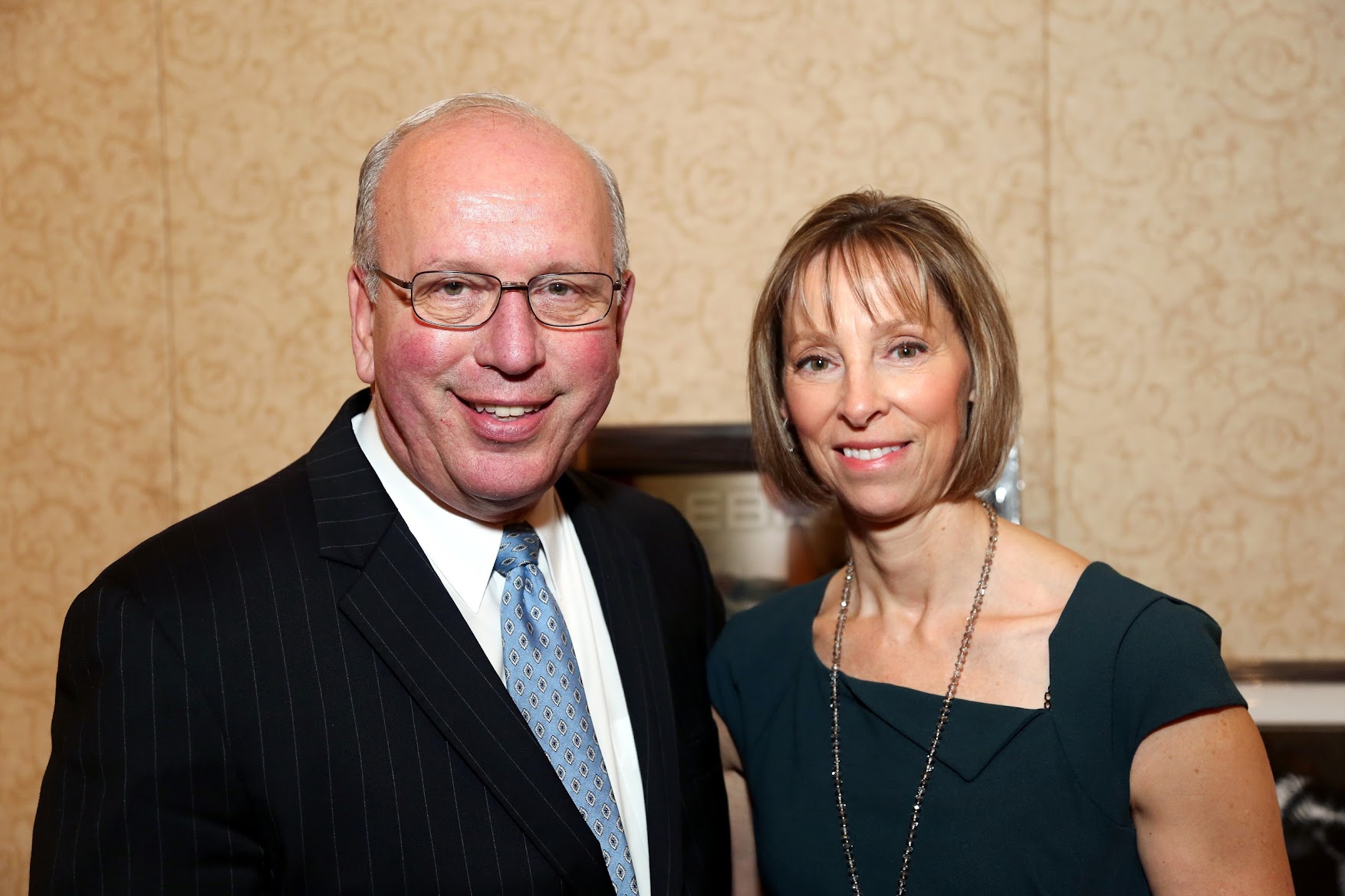 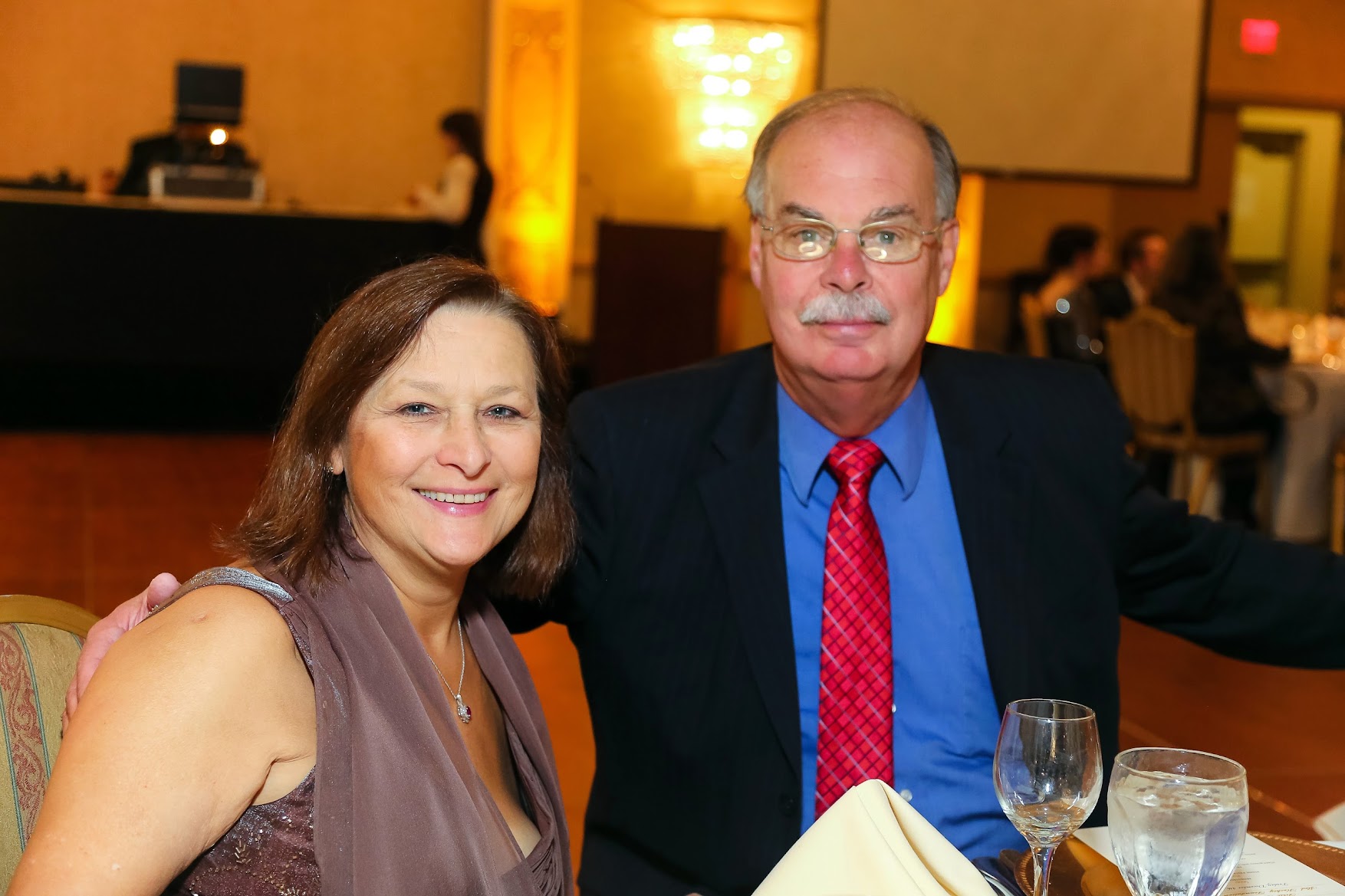 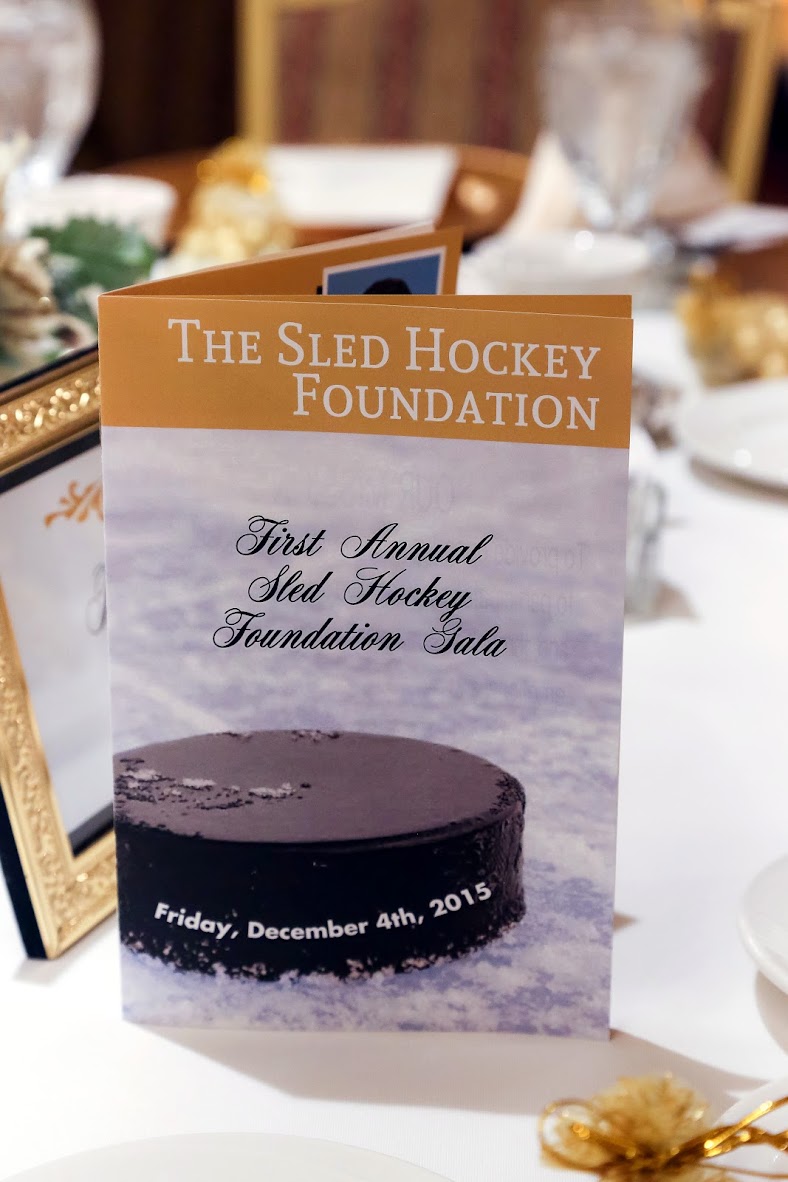 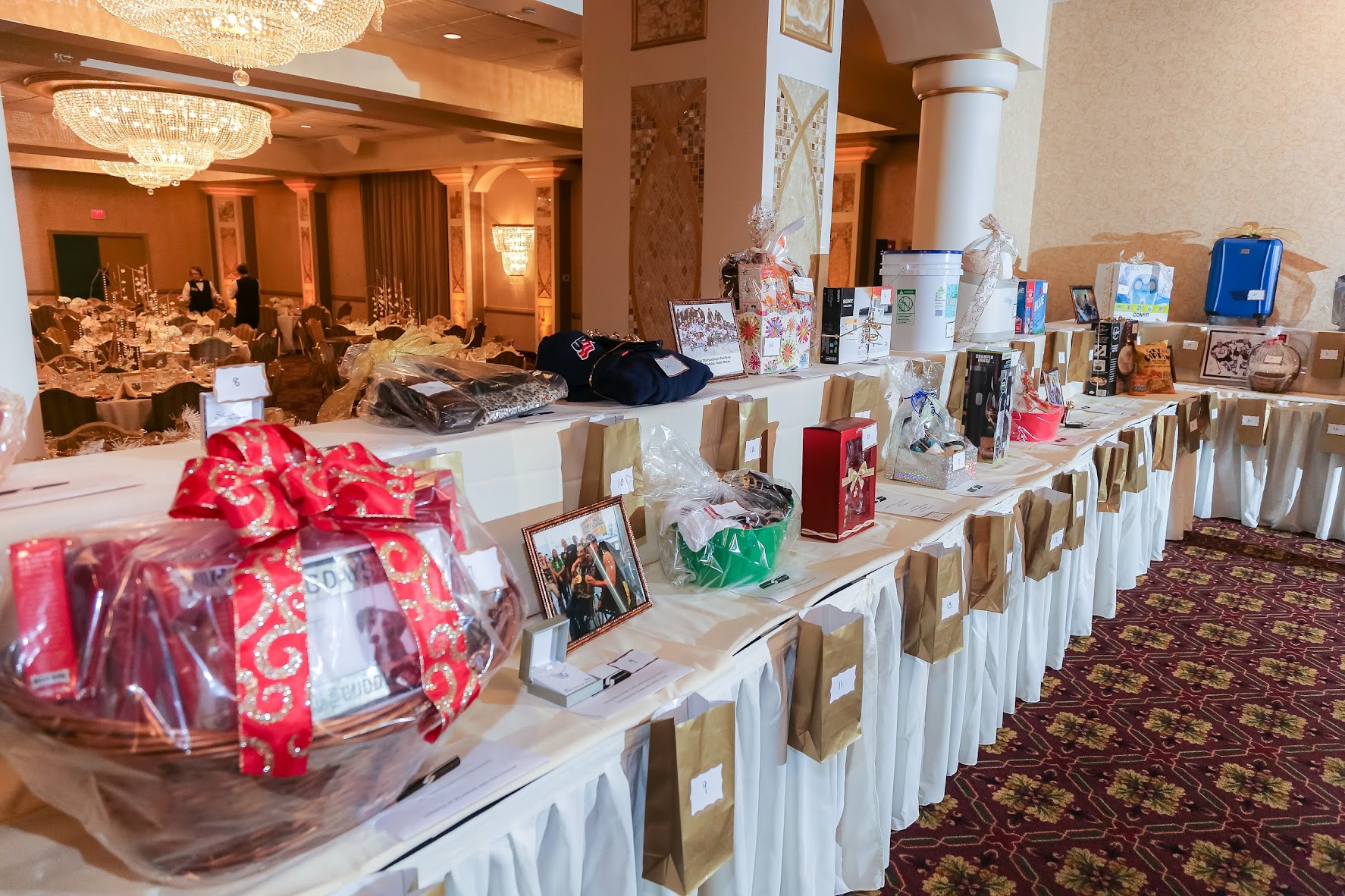 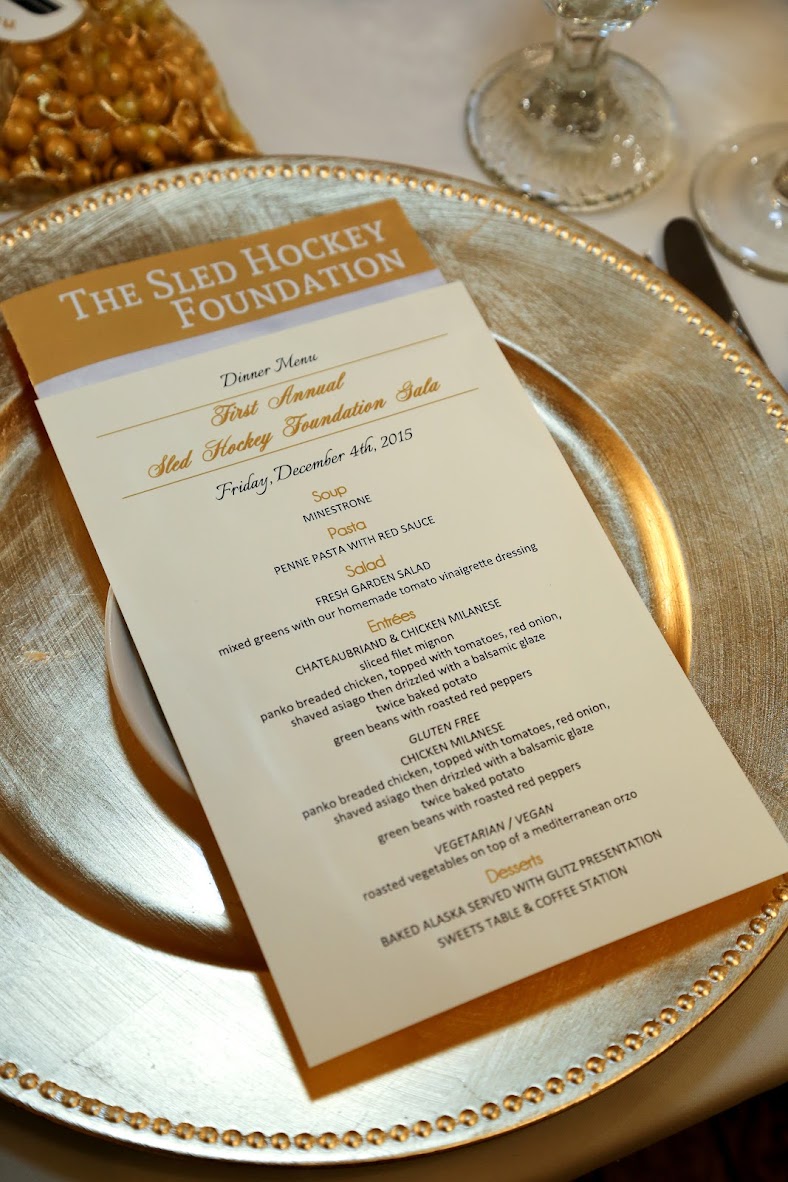 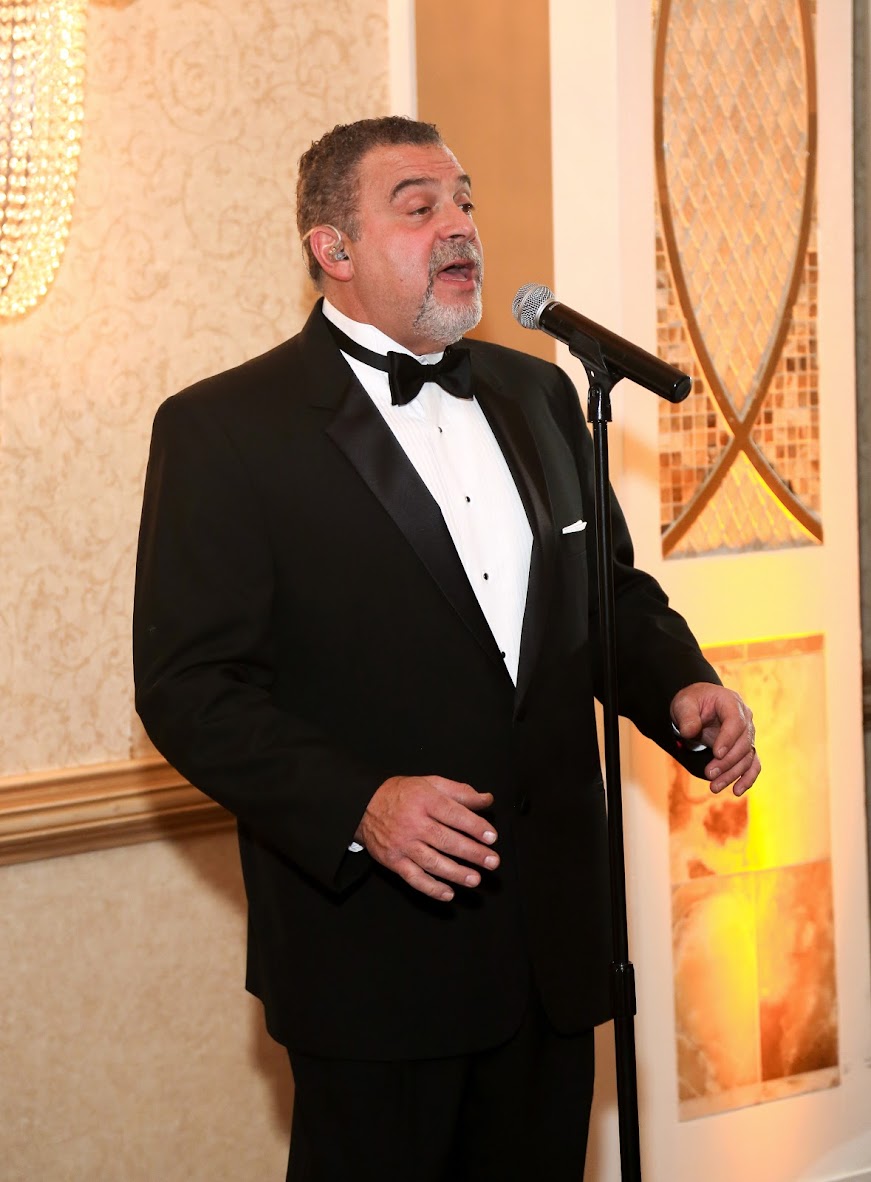 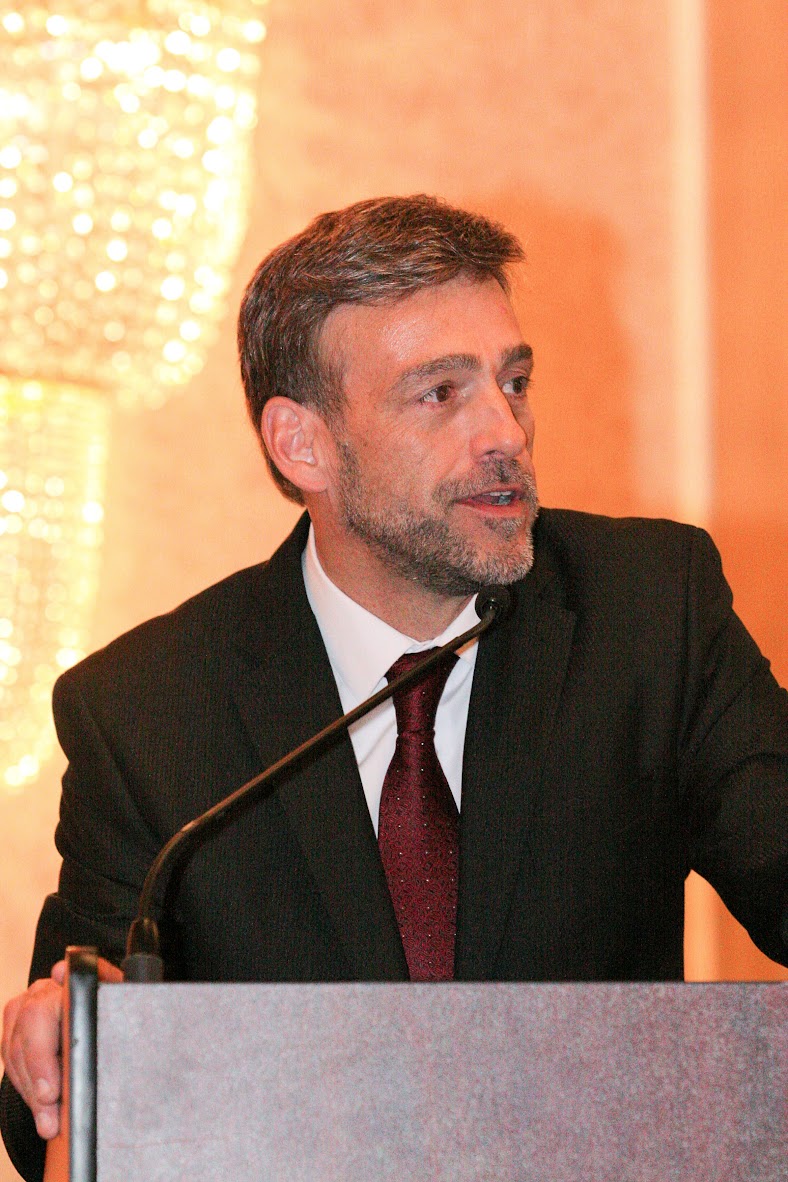 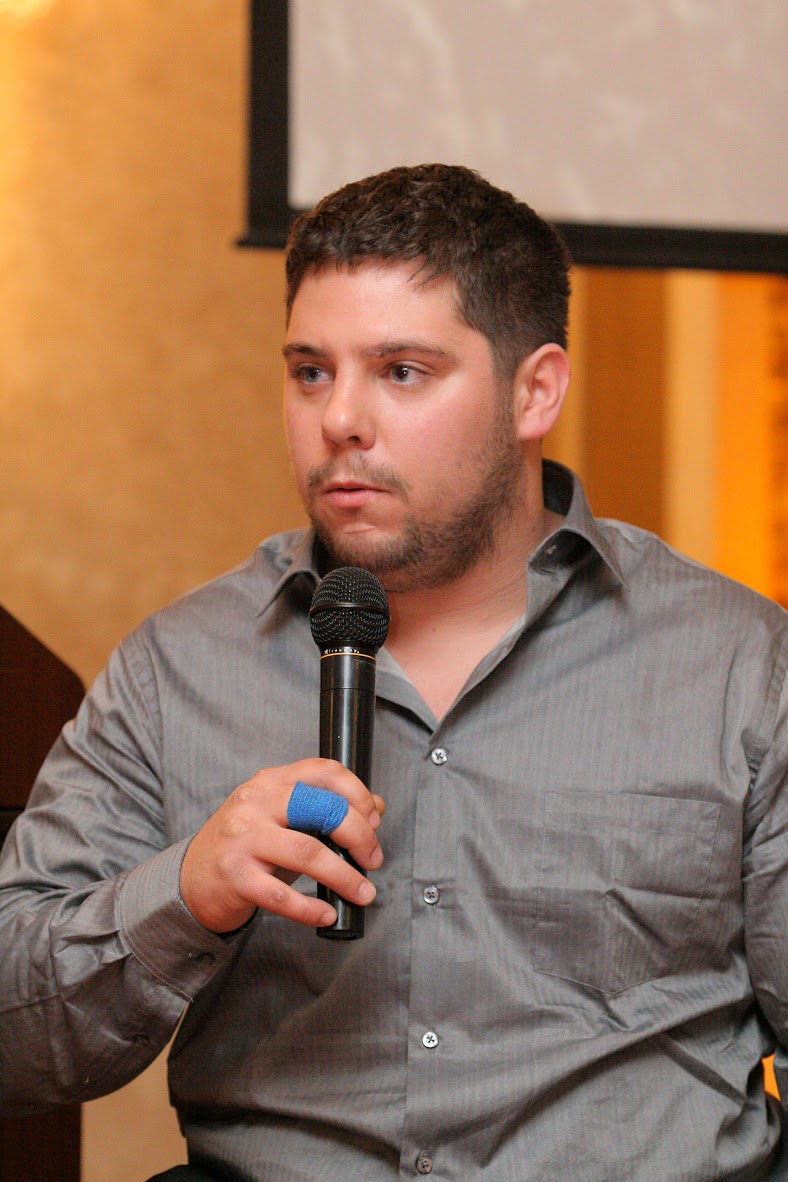 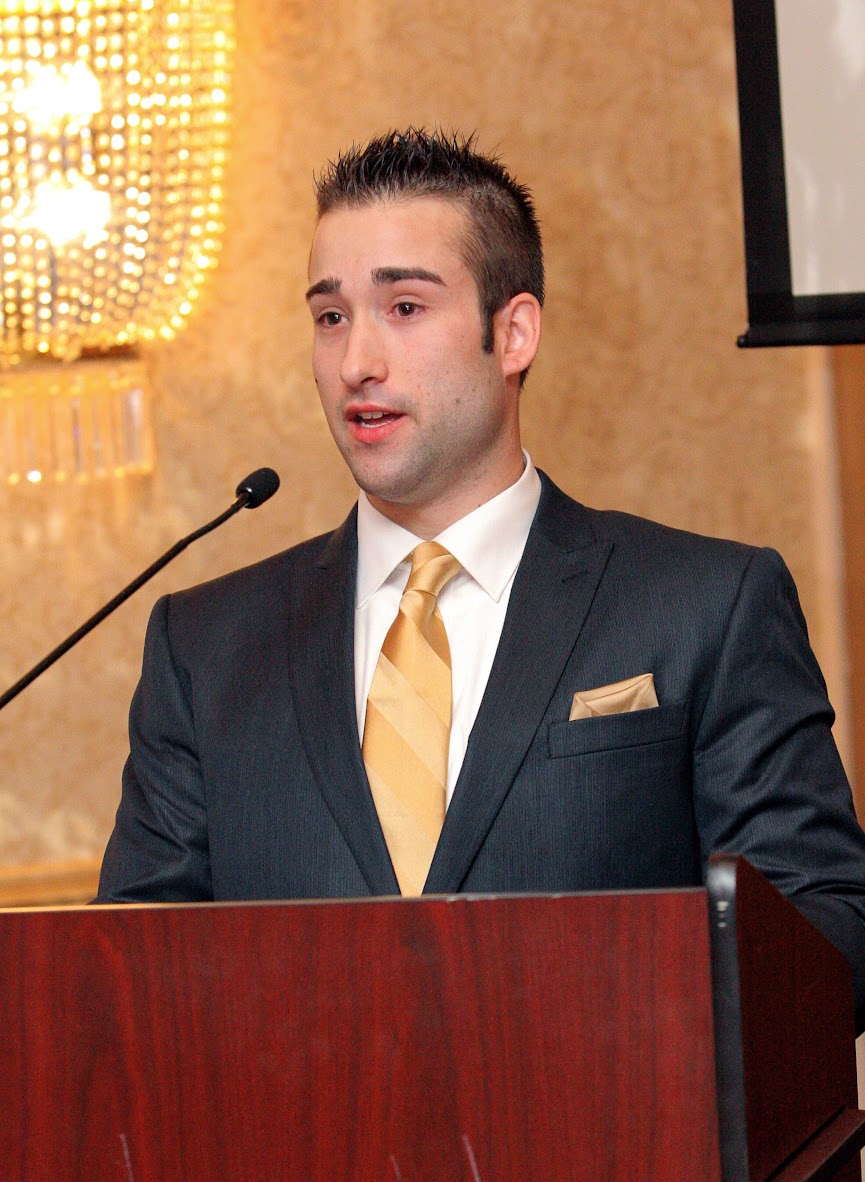 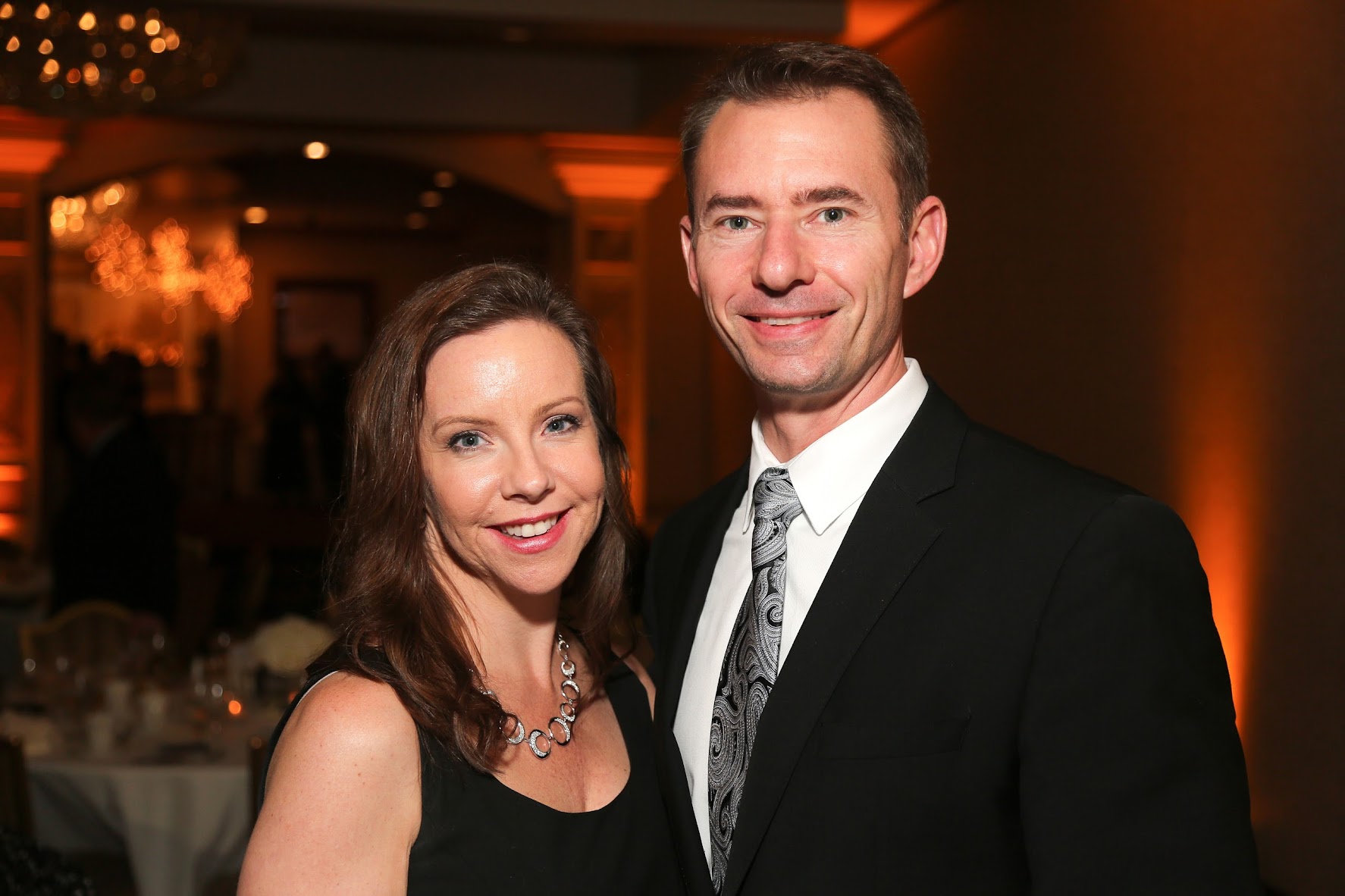 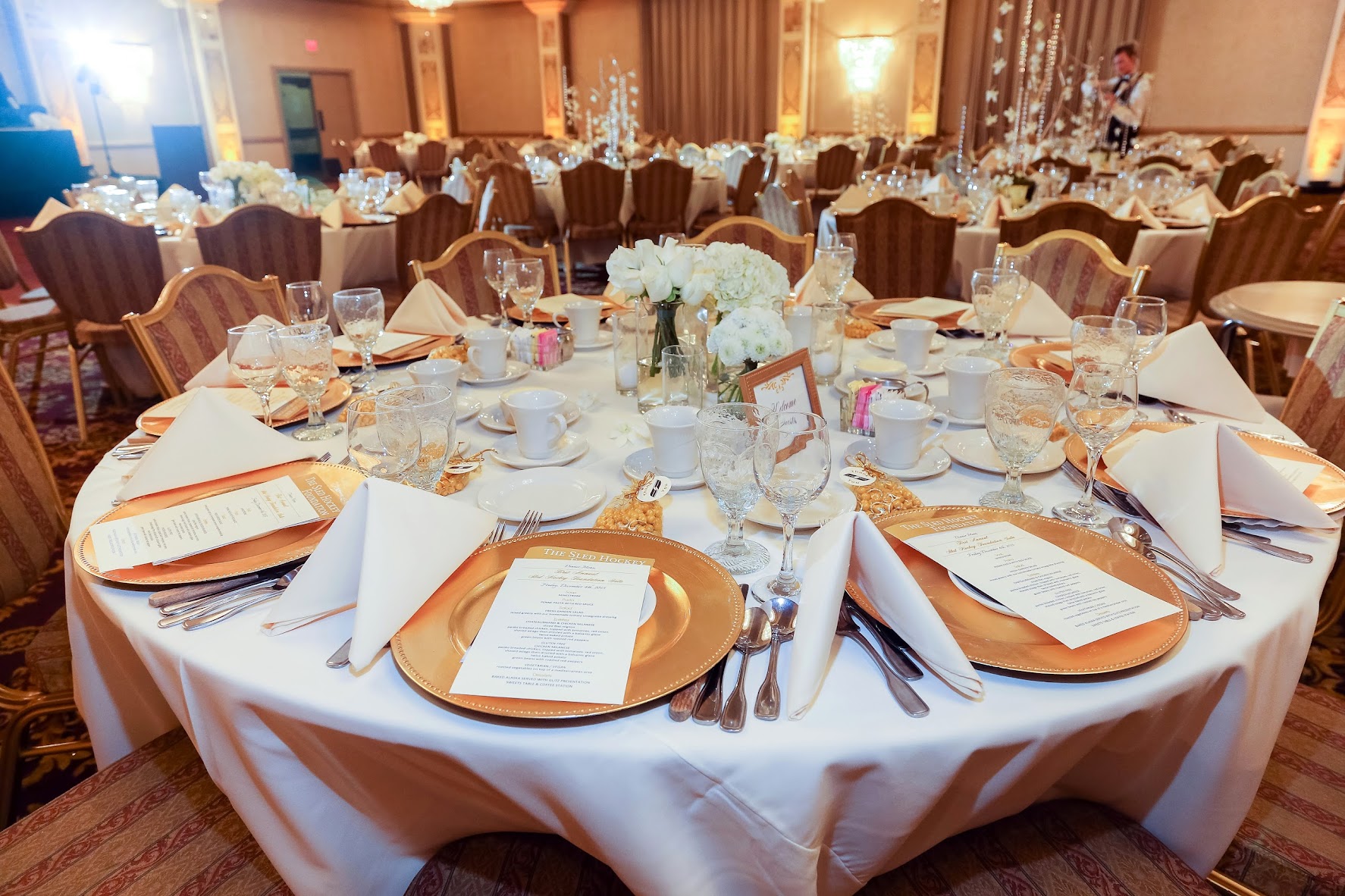 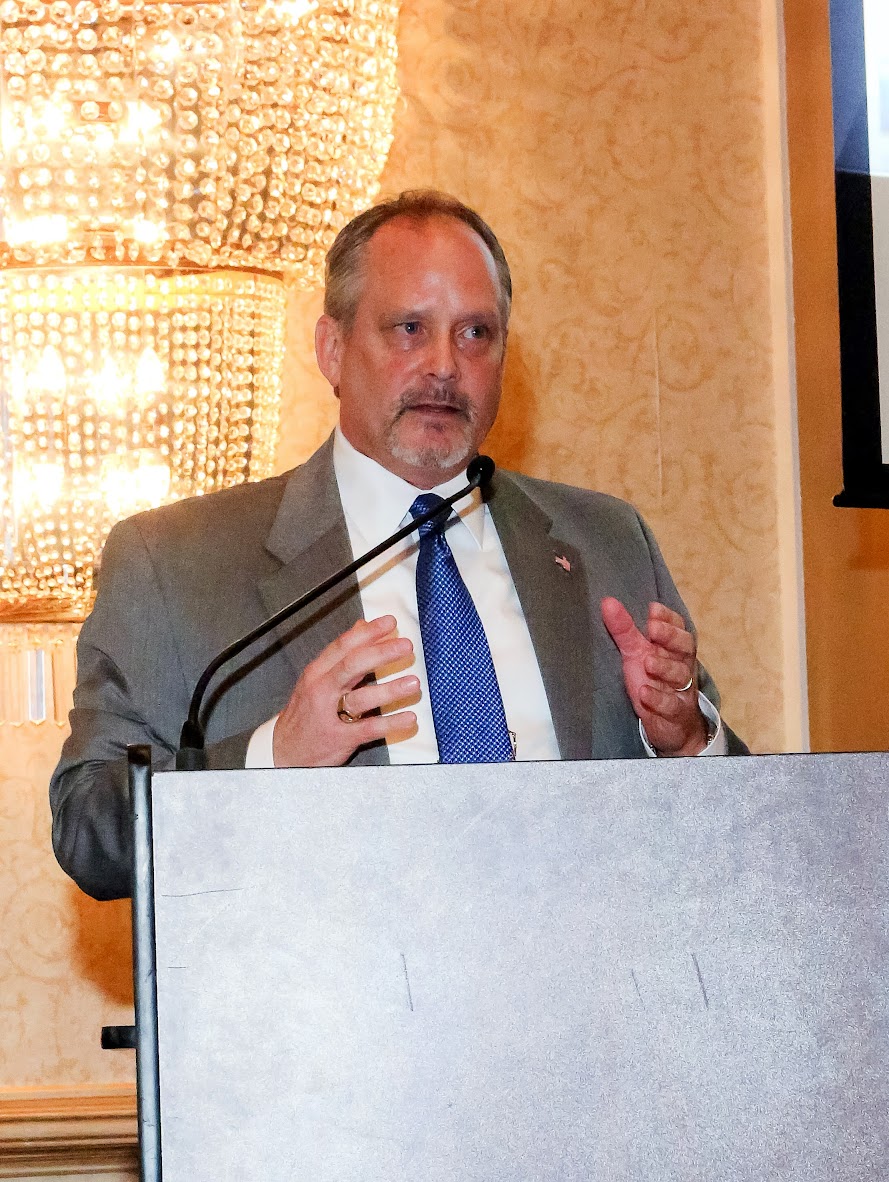 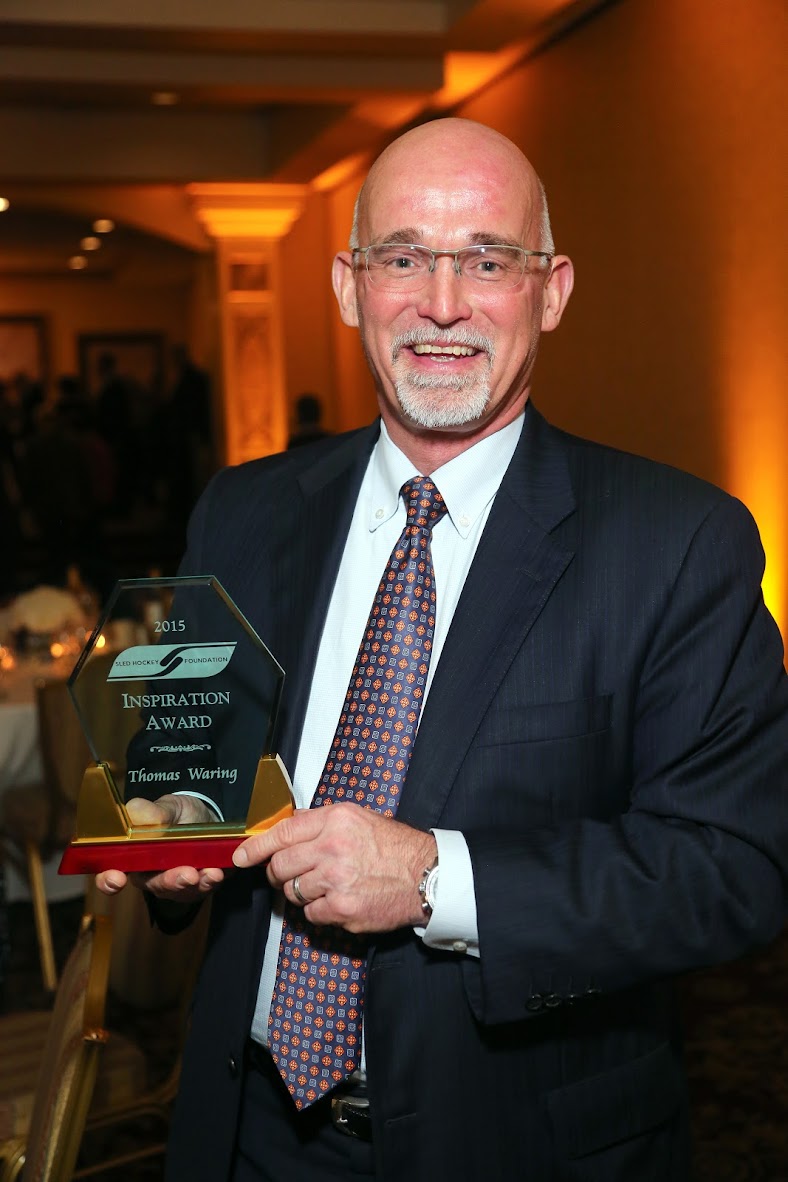 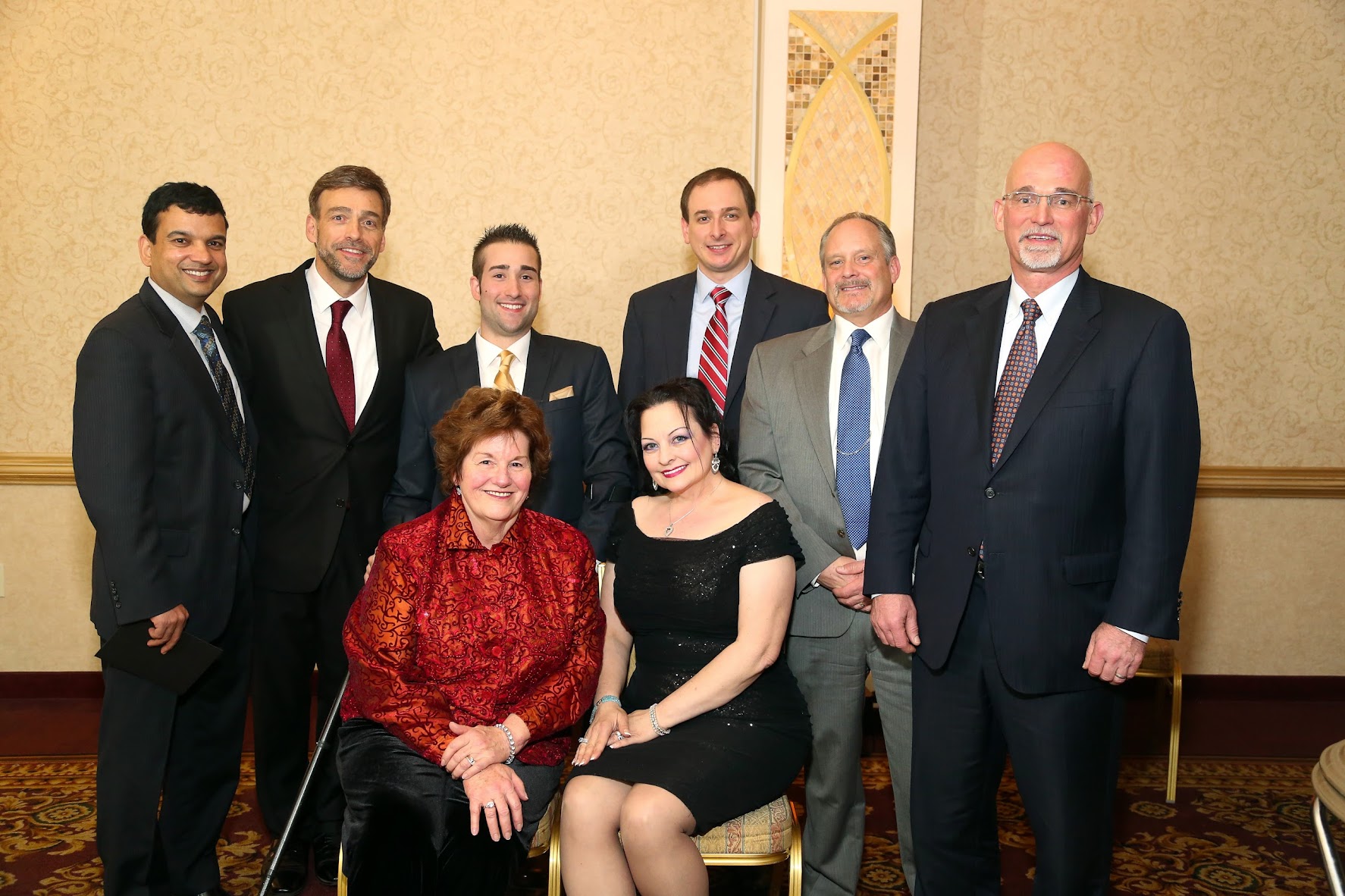 The Sled Hockey Foundation Board of Directors